View cart “Labradorite Tumbled Stone” has been added to your cart. 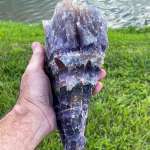 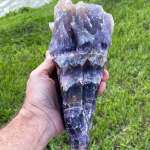 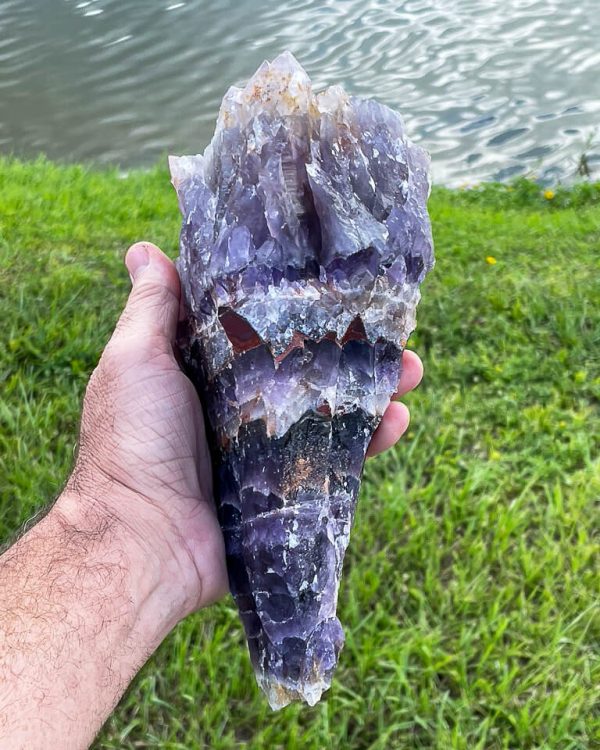 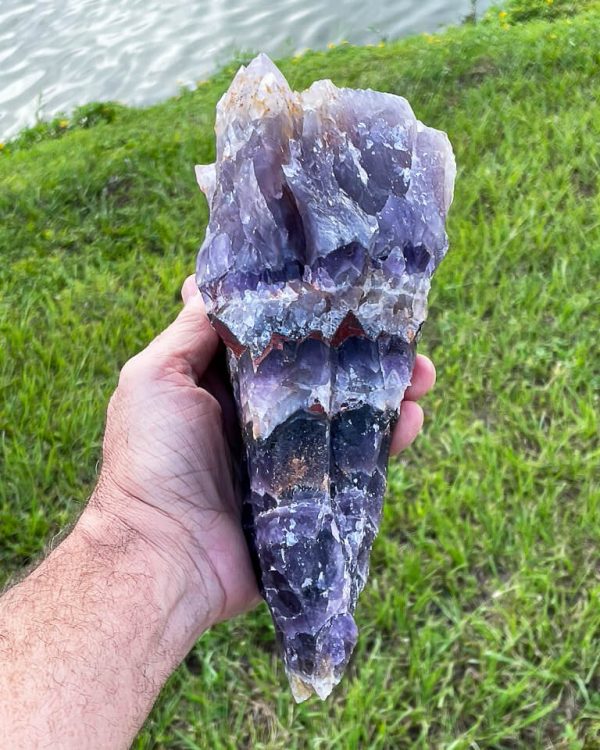 There are a lot of fakes out there especially coming from China and Brazil.  Canada is the only location in the world.  You are guaranteed authenticity from Auralite 23 mine in Canada. 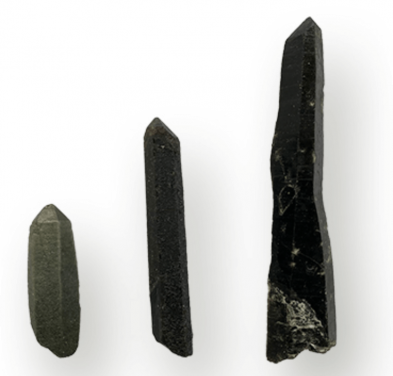 Morion Quartz from Namibia aka Black Quartz
Their color is completely natural, and each have a unique laser shape and sound to them.
Their energy provides you great support as you dig deep in your shadow work, and support you as you face the dark aspects of self while transmuting self-imposed blockages.
They are very calming when you feel overwhelmed and will comfort in times of grief.
They can also help relieve nausea, dizziness, and shortness of breath due to anxiety attacks.

They are sister to the smoky quartz, making they offer profound grounding and protective energy. Work with Morion Quartz and they will assist you on your soul’s path.

They are rare and unique crystals that bring a lot of healing to those working with them.
They are considered profound emotional healers that have the ability to clear mental blockages, promotes stability and clarity within the mind.
Morion Quartz are known as masters of purification for the “Group Consciousness”.
They are appearing now to help humanity come from a place of the heart, physically and emotionally making them exceptional heart healers and breaking through old blockages.
Known to assist with transition and patience. 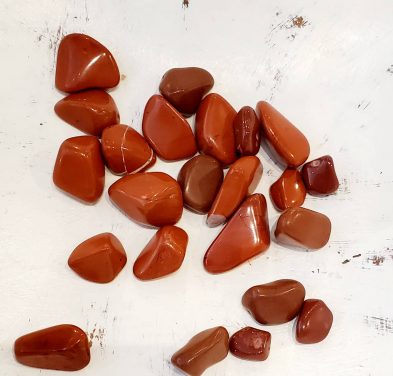 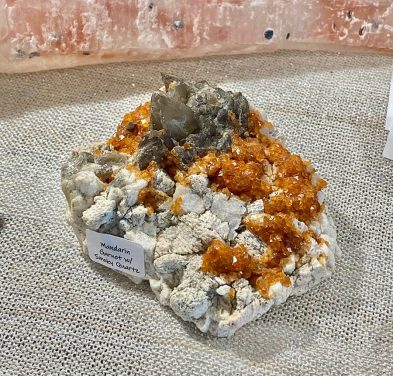 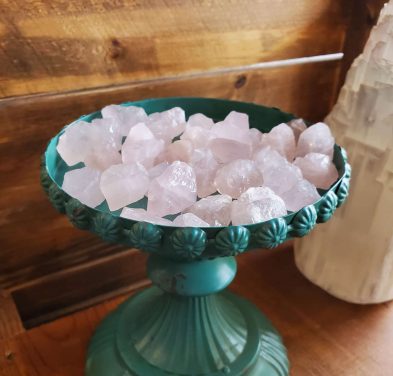 A stone of unconditional love.  It opens the heart chakra to all forms of love: self-love, family love, platonic love, and romantic love. It brings gentleness, forgiveness, and tolerance. Rose quartz is also said to be helpful with weight loss. It has excellent protection energies during pregnancy and childbirth, is associated with the heart chakra 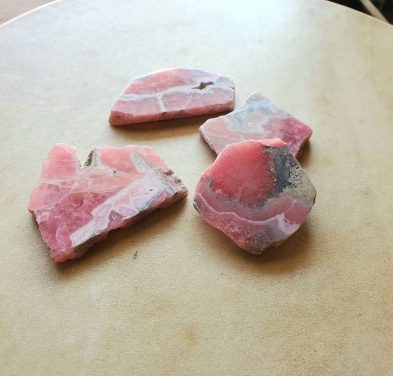 Rhodochrosite Slice
priced each
Measures approx 1.5″ – 1.75″
Rhodochrosite is called the “stone of love and balance” as it balances and enhances love on all levels. Use this stone to allow fuller love to enter one’s life, by calming excessive passions. It energizes and cleanses the base, sacral and heart  chakras, as well as balancing the mental and emotional processes. Traditionally rhodocrosite has been considered good for the digestion, the heart, the kidneys, the pulse rate, and the thyroid. 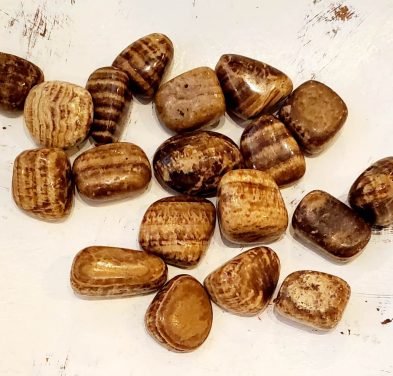 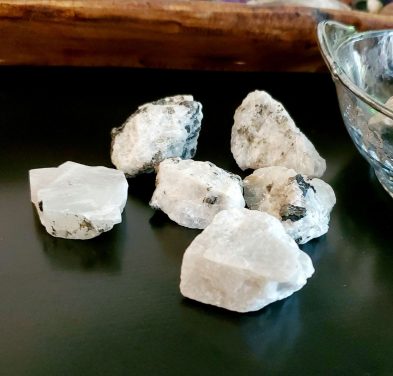 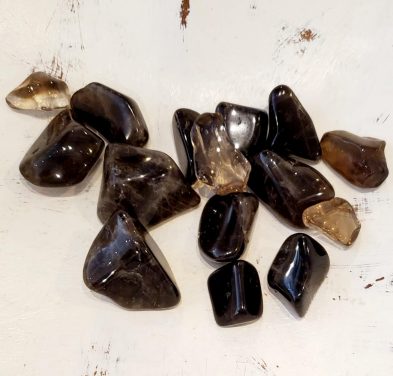 Smoky Quartz Generators absorb and transmute negative energies and balance your root chakra. Hold one or next to your feet while meditating for grounding and to reach deep meditative states. It will lso pick up and transmute any low vibrations into light. Place it in the entrance of your home or work space to clear the energies of everyone coming in.
Smoky Quartz detoxifying on all levels, prompting elimination of the digestive system and protecting against radiation and electromagnetic smog. It disperses fear, lifts depression and negativity, brings emotional calmness, relieving stress and anxiety. 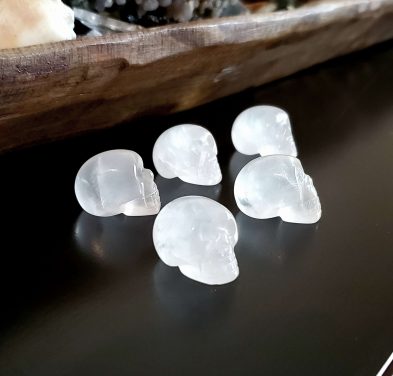 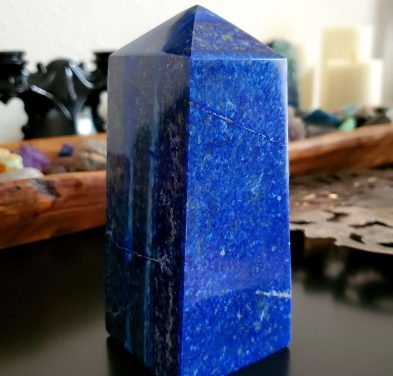 Lapis Lazuli translates to “blue stone.” It’s gorgeous blue color has attracted the attention of artists for thousands of years. Ancient Egyptians used it to create blue cosmetics. In the Renaissance, artists would make a blue pigment by grinding the stone and paint skies and seas.

Its deep, celestial blue remains the symbol of royalty and honor, gods and power, spirit and vision. It is a universal symbol of wisdom and truth.

Lapis Lazuli is one of the oldest known spiritual stone used by healers, priests, and royalty, for power, wisdom and to stimulate psychic abilities and inner vision.
It is used also to enhance love and loyalty within friendships and marriage.
Lapis can brings calm, loving communication to a home with temperamental teenagers, or children with Asperger’s syndrome, autism, or attention-deficit disorder.
In the workplace it can help with a promotion or lasting recognition in your field.

Meditate with Lapis for past life recall and activate the Third Eye, and balance the Throat Chakra. 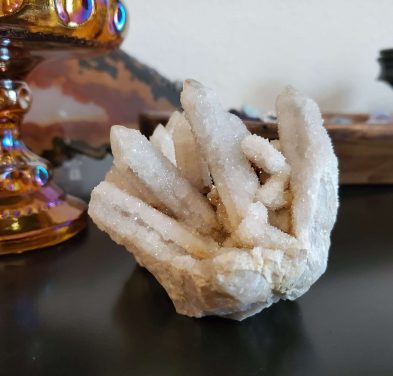 Spirit Quartz Cluster from South Africa. Also called Cactus Quartz and Fairy Quartz.
What a stunner! Yes it is even more beautiful in person. Its energy is so soothing and supportive. Like it’s giving a helping hand. Hence the fingers.
Measures 3.5″ x 3″ x 3″ tall